Earlier this month, my incredibly organized downstairs neighbor and friend, Susan, sent me information about early voting here in Atlanta.  At first, I didn’t think early voting was something I’d be interested in doing  since I love the tradition of participating in my civic duty on election day itself, especially since my normal polling place here in midtown includes a walk through the absolutely beautiful Ansley Park to the indubitably historic First Presbyterian Church where I cast my ballot.

But as my retired hours became busier and busier and I became more and more sure something just might happen to keep me from voting  on the assigned day, and my vote would, because I am the center of the universe, be the very vote required for my candidate to be victorious, I decided I needed to go ahead and get it done early.  That way,  I could relax and know I wouldn’t be the one responsible should our country go to hell in a handbasket as of November 7.

So, this past Monday, as I was en route to my home away from home, the Atlanta History Center, to learn how to weave on the big old loom at the Smith Family Farm, my Civil War era ensemble languishing in the back seat of the Corolla, I decided to stop by the Buckhead Library to take advantage of early voting.  It turned out to be quick and easy and I was in and out in just a few minutes, proudly sporting my I'm a Georgia voter! sticker on my chest, with visions of warps and wefts and shuttlecocks and heddles dancing around in my head as I carefully backed out of my parking space.

Here's where the miracle comes in:

After we'd stood around a few minutes sharing information, the couple had custody of my insurance card and I'm pretty sure I'd made some stupid jokes about my bad eye and my blind spot and how glad I was that I wasn't wearing my Civil War dress, etc. etc. etc. At the point, the very nice man said something about how it probably wouldn't cost much to fix, and the repair people would probably just hammer the dent out.  With that,  we walked back around the car to look at the damage one more time.   And that's when, just like in The Song of Bernadette, we observed a miracle.

The offended fender (which was probably made in Detroit) had popped itself back out while I was going on and on to the very nice couple about the whole thing being my fault and what an idiot I am.  Yes, that fender had unoffended itself; indeed, it had taken its own initiative to pop itself back out.  That sucker had just popped itself right back out from where it had before been dented in!

The very nice couple and I just looked at each other in stupefaction and touched that fender to make sure we weren't hallucinating.  At that point, the very nice lady handed me back my insurance card, saying they wouldn't be needing it after all.

Okay, it wasn’t a major miracle.  It wasn’t like I'd gone into the Buckhead Library and voted early and as soon as I clicked on the new-fangled computer submit-ballot button, a brass band started up, and red, white, and mainly blue balloons were unleashed, and someone came over a loud speaker announcing that my candidate had somehow already won! thanks to, yes, that early voting lady, the one who was very carefully backing her Corolla out of the parking lot not hitting anybody, the one with the Civil War era ensemble languishing in the back seat.

But, it was still a miracle and we are all in need of miracles.

wore slap out – a Southern colloquialism that describes, at least somewhat adequately, how grandmas feel when their precious progeny finally buckle up and head for home.

Don’t get me wrong; I love my grandkids.  It’s just that they are very, very busy and my home is very, very small.

In an attempt to define grandkids' kind of busy, I’m going to try to quantify five-year-old Miles and three-year-old Georgia’s recent visit that ended, thank you God and Jesus, Thursday afternoon at 4:29 PM, despite daughter, Melissa’s worries that they might hit rush hour traffic.

To tell the truth, the visit was a great one and the kids were pretty good, considering their ages and my small Atlanta home. I would have liked for them to stay longer, but when they finally, thank you God and Jesus, left, I was wore slap out.

Number of lies I just told about wanting them to stay longer: 1
Number of sweet memories of the trip: infinity

What I Learned from the Gypsy Farm Story 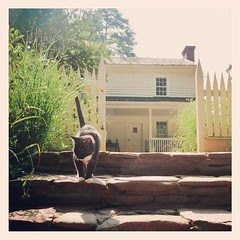 It was one of my first days volunteering at the Smith Family Farm at the Atlanta History Center and I wasn’t all that enamored with the visiting school group.  Oh, the children were cute and inquisitive and relatively well behaved; it was the adults who were bugging me.  The kids were on a field trip and they were from a Megatively Conservative Mega Church Private School and, since I couldn’t blame the kids for sending themselves to such a school, I could only blame the parents (some of whom were serving as chaperones).  Everyone was vanilla and coifed and all the same, generally the kind of people who don't interest me all that much.  However, I was on my best behavior, trying to be helpful without anyone figuring out I had absolutely no clue as to what I was doing.

The Smith home, an1840s era house and detached kitchen, are the real deal, having been moved to their present location from Dekalb County in the early 1970s, but the additional out-buildings, while historical, aren't from the Smith family.  In addition, some of the accoutrements are faux (although firmly-documented fine faux) because, well, because everything can’t be all real all of the time, even in a place as wonderful as the Smith Family Farm at the Atlanta History Center.

So, there I was standing by the either real or faux root cellar as a field trip mom stepped up to me and said, “Root cellars give me the creeps.”

Like she would know anything about root cellars, this lily-white, suburban, probably gas-guzzling SUV driving, tennis-playing trophy wife, I thought.    But I went into docent mode anyway, using the only information I had.

“Yeah well, the Smiths stored things like carrots down there,” I said, hoping she wouldn't ask me anything else that would indicate I'd already given her everything I had.

“My parents kept their homemade wine in ours,” she offered.

What?  This transparent mega-church-going, private-school-sending mom had parents who kept bootlegged booze in a root cellar?  I was envisioning some color spilling on to her pallid cheeks, like Two-Buck Chuck Premium Red on a perfectly pressed linen napkin.

“Your parents were farmers?”

“Well, not really.  At some point, they got a wild hair and they bought a farm.  From gypsies.”

“Your parents bought a farm from gypsies?”

“Yeah, and when we moved in, there were still gypsy wagons on the property and apparently they’d kept their animals inside the house.”

“You mean dogs and cats?”

It turned out that this woman had grown up on a former gypsy farm and her parents had raised their own chickens and goats (outside) along with cows and vegetables and grapes for wine making, reading books as they went along to figure out how to keep everything alive, all while running a family business in a nearby town.   And these very same parents now lived with this women here in Atlanta because she was a divorced mom of three who was struggling, finishing up nurse’s training, specializing in flesh wounds.

It was like at the beginning of the Wizard of Oz, you know the part when the black and white goes all technicolorish as Dorothy and Toto start out on the yellow brick road? Suddenly, this lady's family story and personal history brought her into a full and interesting light, and she became a reminder for me to avoid judging what could be a great book by what seems to be a stereotypical cover.  Here stood this colorful, vibrant woman who was interesting and absolutely worth getting to know, with a story only she could tell.  All I needed to do was open my mind and listen.

By the way, there really is a root cellar under that door at the Smith Family Farm at the Atlanta History Center.  Just like the woman I talked to that day, it's  real. 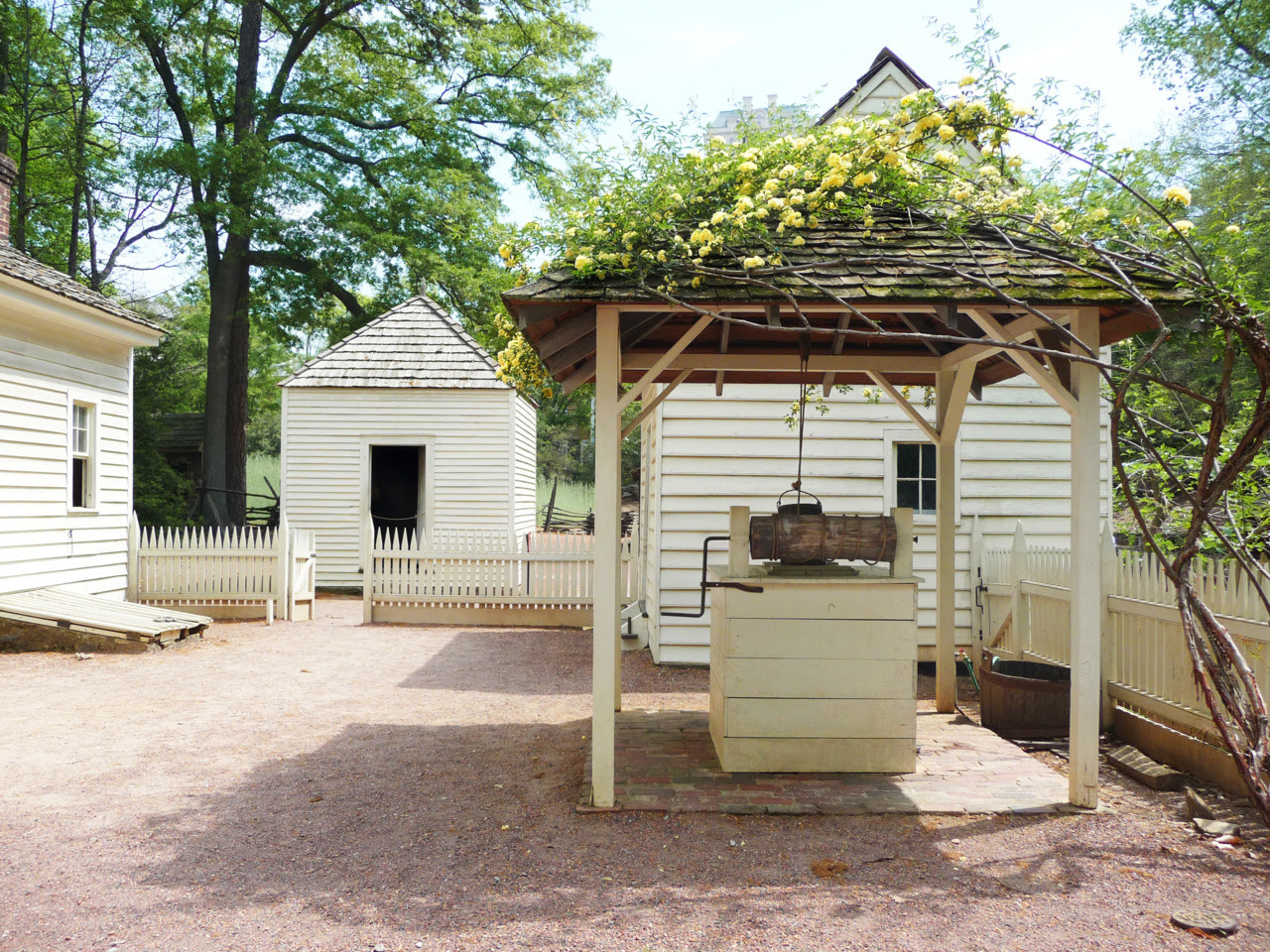 For more information about the Smith Family Farm at the Atlanta History Center, see: