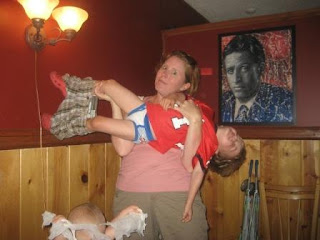 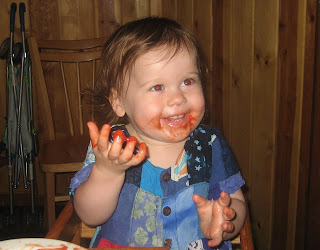 When I’m in Portland for the summer, my kids and I like to take part in excursions with the grandkids. Wait. Like may be too strong a word. With Melissa having two children, Miles being four and Georgia almost two,  and with Billy’s little one, Cami, being right smack in the middle, age-wise, at almost three, they are definitely stair-step children and corralling them for anything big or extended is quite a feat.


But, because we are optimists and also because we don’t have good sense, we soldier on. We take them to parks and museums and kickball games. We’ve dragged them to the beach, to the zoo, to a giant waterfall, to concerts at Sauvie Island, and on the Odell Excursion Train at Mount Hood.


And on some occasions, when it seems that we have a communal death wish, we take them to restaurants.  Escorting one or two young children to a restaurant is doable as long as there is at least a one to one ratio.  Billy and I have taken Cami out to breakfast, lunch, and dinner.  She does fine until the orange juice sets in, but, between the two of us, we are able to run interference when she starts ricocheting.


Melissa and I have taken Miles and Georgia out to eat from time to time, carefully choosing the place for it's willingness to put up with chaos and ketchup.  A play area filled with toys that don't look like they carry the H1N1 virus is helpful but not absolutely necessary.  A table away from others almost always happens if the hostess is savvy at all. The promise of a big tip early on also seems to help.


But all three together, hoo boy! It's like they are more than the sum of their parts.  They can tag team us, what with the "having to go to the bathroom" from the ones who are potty trained or working on it, to the one who isn't and does number two in her diaper.  Then there's the ordering.  What they ordered, they no longer want.  Instead, they want what we have, leaving us to eat the mac and cheese and the peanut-butter quesadilla.  Then there's the salt and pepper just begging to be turned up-side-down and the ketchup bottle that could use a good squirting.  Oh yeah, I forgot the standing backwards in the booth and putting crackers in the hair of the lady behind us.


Last summer, as we were traveling to catch the Odell Excursion Train, we stopped for lunch at what looked like a family-friendly restaurant.  It was.  It was so friendly, in fact, they gave us our own room, complete with toys and swinging bar doors.  Billy remembers eating his entire meal standing at those swinging doors, making sure no one escaped.  He wasn't so worried about losing a kid.  He wanted to make sure neither Melissa nor I went to the bathroom, never to return. 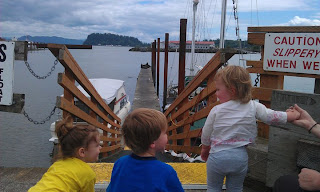 And just this past Saturday, as we were heading to the beach and after we'd scared the sea lions back into the Pacific at the Gearhart Pier (renamed the pee-er after Miles christened it), we once again tried to have lunch, this time at the St. George Brewery.  The hostess took one look at us and seated us at Table Four.  Although it wasn't in a separate room, it was at least a booth with backs high enough to protect the people on either side.

Since Georgia had arrived with a prepackaged load in her britches, Melissa took her to the bathroom for a change, leaving Billy and me to deal not only with Cami and Miles, but also with what seemed to be a surly waiter, someone not all that thrilled to be dealing with a group who would most likely soon be throwing food and spitting milk.  However, when Melissa and I each ordered a glass of wine, he cheered up some, thinking that we just might get wasted enough to mistakenly leave him a big tip. 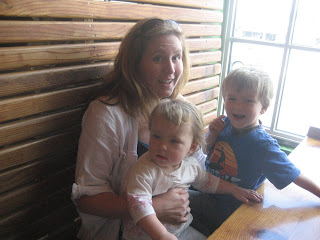 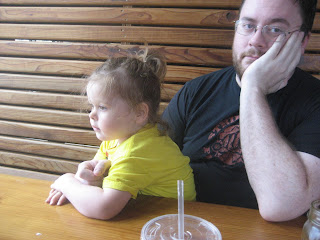 A while later, after schmoozing with the waiter, asking where he was from, etc. and after I had, indeed, tipped him well in spite of being way too sober, he actually told us that he'd enjoyed serving us and then he relayed a little secret.


And the secret was that, after the hostess had seated us, she'd announced a new party in his section with this bad news:


Oh well, there's a good chance that the waitstaff at the St. George Brewery will have their own kids one day, and they too will know how to get a raisin out of a child's nose without calling an ambulance. 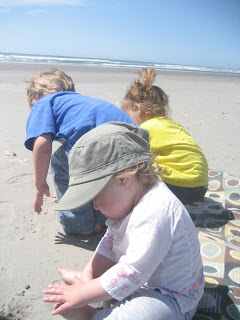 I miss my sweet nieces and nephew so much. I must say, however, that I'm glad I wasn't there for this. At least I'm childless and of drinking age, which really helps at Christmas.

On my birthday we had 4 on 2 and we still lost. Oh how I can relate to this blog entry.

I'm not altogether sure that I dare admit my secret at a family friendly blog. . . . .

since I no longer have toddlers in the family, I NEVER go to a restaurant which is likely to have small children as guests.

My kids were reasonably well behaved - they didn't dare be anything else with me for a mum - but the grandchildren were not. We were once removed from the dining room and put into a little side room because my step-grandson shrieked and chucked stuff around the whole time.

Oh isn't being Grandma fun!! Of course it is. The good thing is that you can say good night, go home to regroup and then do it all again the next day. Think of the stories you are all making!

I was a pretty strict mom, so my kids knew to be well behaved. The grands are well behaved too, doesn't mean we don't have lots of fun. Glad your making memories with the kids.

Dani, it tends to be fun in retrospect.

How funny I say as I sit here. The kid room restaurant seems really smart. Maybe with their own bathroom? I see a restaurant chain of the future.

Patti, I agree. With plenty of alcohol for the adults and an in-restaurant sitter for the kids and a taxi ride for everyone to get home. My ex always talked about a Daddyland at Disneyland, a place with a bar and large screen tvs.

Been there. Since Mike and I have 8 grand children between us, we have had the FULL range of child behavior in restaurants over the years. And i agree--fun in retrospect.

Ah, you are a better woman than I. My motto was/is with toddlers "never let yourself get outnumbered" yet I did. they're pretty good but I need a drink and a nap later.

Our kids were very well behaved in restaurants--possibly because we threatened them before going in. ;O)

Now that I'm Grammy, I actually get a kick out of it when the grands cause their parents a little grief. They are all really sweet and mostly obedient children, but they range in age from 5 ("I'm 5 and a half, Grammy!") to 2, so there's usually a little shenanigans going on.

My kids were stair steps too. I took me a while to catch onto what caused it.

Darling children and Mom is probably happy to see you come around, I know my daughter was when her girls were ages 7,5, 3 and 1. Now they are grown and its a little sad. However, like Friko, I had well behaved children because as you might suspect, I was a tough mama. My daughters girls have all turned out well, so there is something to be said for being gentle too.

PS, I am happy to see the hat on the little one. Sun is good and also hard on fair children as I learned the hard way.

Priceless! A priceless piece of writing and a priceless story for your grandchilden in years to come. Do you keep your stories of your Portland summers all together to hand down to them?

"Oh yeah, I forgot the standing backwards in the booth and putting crackers in the hair of the lady behind us." We've both been that lady, right?
The photos are perfect. Funny that the kids aren't the ones that get exausted with all that energy output.

Marcia, you are so blessed, I hope you know that - and am sure you do.

What a fun batch of memories you are making for your kids and your Grandbabies! All those adventures... Your memoirs will keep them brave as they themselves age into their own stories. Too bad I didn't have time to meet up with you in Portland when I was down there, Marcia. I would have liked that!

I remember thinking, when I had two toddlers, that a restaurant meal sounded like a good idea.

What wonderful memories you are building; and keeping them on the blog is a way of your grandchildren enjoying things all over again. All health and joy to all of you.

Grandchildren are a joy – we have a 4 years and a 2 years old, and another one coming up in a few days. Both my daughter (who was brought up the French way) and my son-in-law (who was brought up the Southern Indian way – from India) are very strict. When we go and eat the children behave or they do not stay in the dining room. We never had problems with them – they are regular kids at home, but when they go out, they behave.

Cherubs! They all could have posed for Mary Cassatt, these beauties.

I'm able to say so because I have only the one grandson, age four, so far. But I had a moment of panic last week when my daughter called to say that she was thinking of "timing" number two for fall of 2012. And, because it is their way, her sibling phoned the same day to say they were thinking of timing their first for the same time frame.

Be assured, I'm storing away your advice.

Nance, you might just want to the opposite of what I do.

Love this and I 'saw' your love through the chaos. Parker at two amazed me when we went out to eat by sitting quietly on her mom's lap and eating her mac and cheese. She squirmed at the end of the meal so Brooks took her outside to wait for us. But -- as you noted -- it's one child we handled and not three toddlers!!