Don't Run this One by the ASPCA 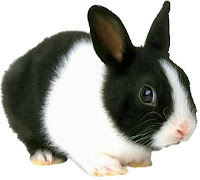 Walking back from the Safeway Store a couple of days ago, I saw two squirrels having sex, which was a first for me. I have to report that they were doing it squirrelly style. When I was finished staring and giggling somewhat maniacally, I started thinking about all the crazy animal stories I have from when our kids were growing up and, come to think of it, even before they were born.

Gary (prior to attaining his Big Kat moniker) and I married in 1971 and lived in Athens while he finished his last year of Pharmacy School at UGA and I taught first grade at a rural school a county or so away. I somehow ended up with a cat (as I tend to do) and brought him home to our small college apartment. All I can say about that particular cat is he was given a name so politically incorrect I can’t write it here, and he turned out to be what I can only call a “pungent pooper”. His tenure in our new family in its tiny space was, therefore, short lived and, before long, I’d given him to one of my students who, hopefully, lived on a farm large enough for no one to notice how bad his @##$ smelled.

When Gary finished Pharmacy School, we moved back to his home town of Warner Robins and, of course, I got another cat. With our new apartment being a step up from our college home, we now had a small patio just past our back door, an area that afforded this new improved cat the luxury of relieving himself outdoors. In order to allow him self-scheduled ingress and egress, we left a window open above our washer and dryer in our small kitchen.

Not long after moving in, we invited Frank, one of Gary's college roommates and our local high school football coach, to bring his new girlfriend over to our apartment for a cookout. In preparation, Gary had opened the sale-priced steaks we'd purchased at the Big Apple supermarket and laid them out on top of the dryer to marinate. A few minutes later, I walked by and noticed one was missing. I'm not going to describe what happened next but I can report that Frank never knew the steak he so enjoyed later that evening had been extricated from the space between the dryer and the wall where the cat had apparently dropped it as he tried to climb out of the window with it, or that it had been washed off to remove any errant lint from its pristine raw beefiness and then re-marinated to its current perfection by the grill master himself.

And then there was Henry. Henry was a beagle we got from who knows where about the same time we purchased our first house. He later moved with us from Warner Robins to Greenville, SC and back again, all the while putting up with about a thousand cats, a bird, a rabbit, several hamsters, and countless fish. As with all free dogs, Henry, during his lifetime, cost us a small fortune in pound bailouts, vet bills, a fence we paid on for years after we’d moved from the house it graced, and the friendship of a couple of neighbors. If I’m remembering correctly, he lived to be around twelve or thirteen and, by the time he hit his twilight years, he was pretty worn out with milky eyes and the need to sleep 23 out of any given 24 hours.

The only exception to Henry's old-age slow-down was when "love came a calling". During the 70’s and 80’s, boy dogs didn’t get neutered like they do now, at least not by us. I guess we thought it was the girl dog owner's responsibility to cover canine birth control.

Cats, during those years, were too numerous to count and I can’t remember most of their names. Skeeter was one of the early ones and, after him, Gary began calling all our cats Keeter, which must have been some kid-generated derivative of the original name. At one point, Billy had a parakeet named Jaws, who lived in the dirtiest cage known to birdkind. One day, Gary went up to Billy’s room and told him to clean the filthy cage. Just a few minutes later, Billy was found nonchalantly reading a Mad Magazine on his bed. The cage was, indeed, somewhat clean, but all the smelly bird excrement from the cage had simply been transferred to Billy’s trash can, which was just inches from his nose at the end of his supine body.

A dirty cage, however, wasn't Jaws' biggest problem. A few months later , our circuit panel went out in our house and it took several days for a new one to be installed. During that time, one of the Keeters must have become somewhat unglued, without electricity for opening his cat food cans, because he attacked Jaws in his cage and tore out all his tail feathers. Billy was much more distraught over his bird's posterior nakedness than he had ever been about his substandard living conditions. Poor Jaws was pretty pitiful himself as he couldn’t sit on his perch with his balance being all off. The most interesting part of this story is that Jaws grew new tail feathers within just a couple of days, leaving the the remorseless Keeter a bit confused and more than a little frustrated.

Next came Spunker, the rabbit. We won Spunker at the county fair and I was stupid enough to actually bring him home. Even though Spunker was supposed to live in a cage on the back porch, the mean little pervert spent a good bit of time in the house, holding us hostage, stealing dog food from the pantry, growling if we got too close, and hippity-hopping into the hall bathroom to watch Gary pee. When he eventually died, mostly of neglect, Gary told us he'd buried him in the woods behind the house, but the kids reported seeing him fling Spunker's stiff body by one of his rabbit ears, sort of like a boomerang, into the wild blue yonder. I guess the good news is that he didn't come back.

The final pet I'll tell about in this too long story was Herschel, the hamster who was named after the great running back for the University of Georgia. Herschel lived for quite a while, long enough for a cleaning lady to quit because he kept looking at her when she cleaned the bathroom. She said it was either the hamster or her and that one of them had to go. She went.

Herschel became lost in the house one time and we couldn’t figure out where he was. One night soon thereafter, I was awakened around 11:30 by God, who told me to go downstairs and watch the Johnny Carson Show. I swear this is how I remember the story. As I was sitting in the den, appreciating Johnny's monologue, I heard a scratching sound from behind the wood paneling. After just the slightest hesitation (remember God was in on this), I got a hammer and pried the paneling from the wall, and out came Herschel, who looked pretty happy for a hamster. He did, however, appear to be a paraplegic, which made sense having fallen through the wall from his upstairs habitat. Herschel lived a while longer after that in his bathroom kingdom, without his cleaning lady, but was never again able to emulate his namesake.

And then the marriage ended, and life changed as the kids, the menagerie, and I moved a couple of blocks away. Before I knew it, however, a whole new group of animals had dropped by to spend time with us.

But that story will be best saved for later.

Your kids are sooo gonna put you in a nursing home if you keep telling stuff on them. :)

The animals in our lives ~ My fav part is about the steak. Hysterical.

In my classroom I have a gecko that escaped from the other kindergarten class one summer. We, of course suspected that he had been stolen by a kid attending the summer program housed at our school.

In January, six months later, the first grade teacher returned to school late one night and found a "huge" teacher eating lizard in her room. Standing on a chair she called her husband to rescue her from the lizard. Turns out it was the kindergarten lizard gone rogue in our school.

The lizard was taken to the seventh grade science room, since that teacher also had some geckos. Evidently the lizard ended up springing the coop from there by climbing up a branch the science teacher had added to the aquarium.

Said lizard turned up in the downstairs custodian closet at the end of the last day of school. The custodian called the principal, who in turn called the other kindergarten teacher to get the lizard. The teacher and her husband found the lizard, entered my room, and placed him in one of my numerous animal containers, put an aquarium screen over the container, and added a large rock to keep the lizard from escaping.

Somehow the lizard ended up living in my room. I bought him a new large aquarium/terrarium with a screened lid that could be latched. Doug named him Geico (even though we are in the heart of State Farm country). A few months later the other teacher brought me Geico's "friend" who had lived at her house so they would not be lonely. Three years later Geico and State Farm are still living in captivity in my room.

Aggie, lizards haven't survived this long on earth by being stupid. What a great story!

My gosh, you have brought back all the animals from my children's past. There were Christine, Blue Boy and Liberace (the parakeets) Bonnie & Clyde (the gold fish) Oh...Thelma Andy (the parrot) and David, Sarah, Christy and Pepper (the cats) Dobie Gillis, Ole Babe, Ricky & Katie (the dogs). I'm surprised we didn't throw in a llama or two.

Dani, our fish were Sonny and Cher. You outdid me with Liberace and Dobie Gillis. How funny.

My principal called my classroom "The Farm" since I always had so many animals. I thought they were essential. But kids, animals and school did create many stories. Loved your time line of stories! Mary B

Wonderful stories and memories. Makes me feel privileged with my own memories of animals who have shared my life. Thanks for sharing.

Too funny. Made me reminisce over all my pets from the past, including my son Brett's golden hamster who was on the lam for almost 6 months before he was recaptured. Phil

Looks like you're a bit of a slow learner, Marcia. Your family and other animals must have seen you as a soft touch, a nice one, though.

It's hard to escape having animals once you have kids! Seems like the four legged ones come along right on the heels of the two legged.....There was a time when I wanted to make a sign to hang on our door saying Welcome To The Funny Farm. I never got it made though. Too busy feeding the livestock, dragging them to the vet, taking them for endless walks, feeding, watering and playing with them....
Love your stories!